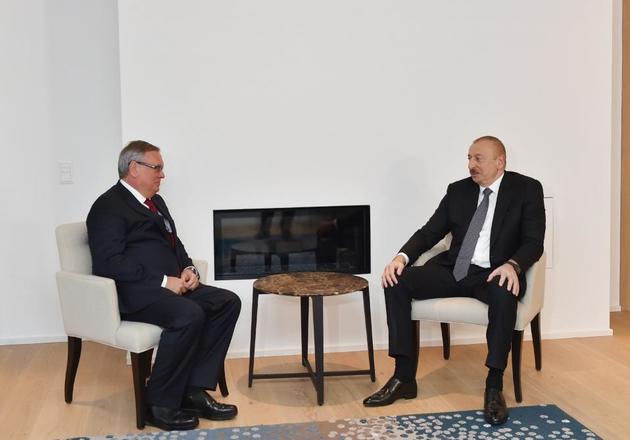 President of Azerbaijan Ilham Aliyev has embarked on a working visit to the Swiss Confederation to attend the annual meeting of the World Economic Forum, his press service reported.

The head of state met with President and Chairman of VTB Bank Management Board Andrey Kostin in Davos yesterday.

Ilham Aliyev proposed that VTB Bank increased the crediting of the real sector of Azerbaijan`s economy. Andrey Kostin welcomed the proposal, assuring the head of state that the Bank would expand its activity in this regard.

In addition, the successful development of economic and trade relations between Azerbaijan and Russia was highlighted. The sides stressed the importance of maintaining and boosting the trade growth, as well as exchanged views over cooperation prospects.