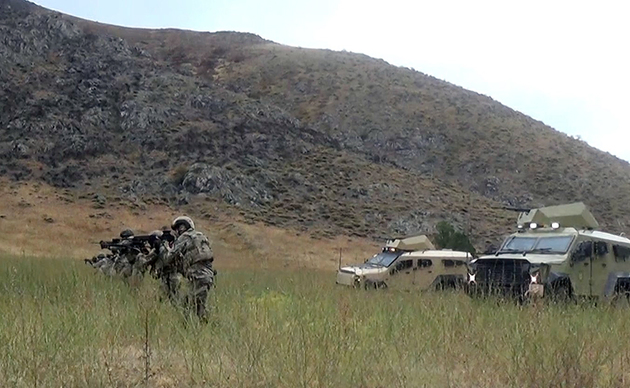 Azerbaijani-Turkish joint military-tactical exercises with live firing, based on the agreement on military cooperation between Azerbaijan and Turkey, in the Lachin district, previously liberated from Armenian occupation, continue, according to the Azerbaijani Defense Ministry.

At the new stage of the exercises, the special-purpose groups completed the tasks of conducting reconnaissance on area with difficult terrain, organizing ambushes on connecting roads, detecting and destroying sabotage groups, as well as covertly approaching a simulated enemy by overcoming various obstacles.

The special force units performed the assigned tasks in a highly professional manner.