Azerbaijani documentary on Nobel Brothers to be screened in Germany 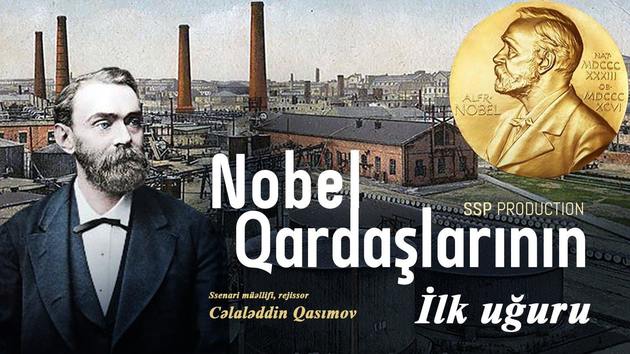 The Azerbaijani documentary "The First Success of the Nobel brothers" was included in the competition program of the 5th Golden Tree International Documentary Festival, which takes place in Frankfurt.

Directed by Jalaladdin Gasimov, the film tells about Nobel brothers who gained most of their revenues when they were in Baku. They came to Baku to find walnut trees, but instead they saw Baku oil and established "The Nobel brothers" company.

The Nobel Brothers took an active roll in Azerbaijan's oil industry that started developing apace in the second half of the 19th century.

After detecting oil on Absheron peninsula, Robert Nobel invested his capital in the oil sector and set up drilling operations. He also bought a small kerosene factory and began refining oil.

The Nobel Brothers company officially began operating in 1879. Set up by Robert, Ludwig and Alfred Nobel, the company became the most authoritative and valuable oil company worldwide.

The final night of the 5th Golden Tree International Documentary Festival is scheduled for August 25.

Baku International Short Film Festival to be held in November

Vistula Festival of Polish films to be held in Baku