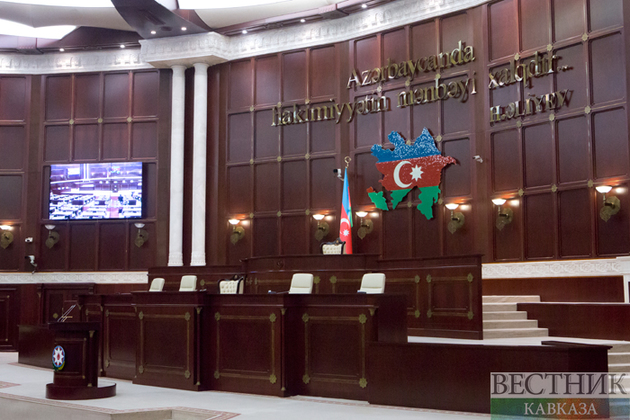 The delegation of the Milli Mejlis (parliament) of Azerbaijan under the leadership of its chairman Sahiba Gafarova will leave for St. Petersburg on November 24 to attend the meeting of the Council and the 53rd plenary session of the CIS Inter-parliamentary Assembly, according to the press service of the parliament.

According to the information, the delegation included deputies Nizami Safarov, Anatoly Rafailov, Rufat Guliyev, Anar Mammadov, Rasim Musabekov, Tamam Jafarova, as well as the head of the Milli Majlis apparatus Safa Mirzoyev and other officials.

It is reported that Sahiba Gafarova will take part in the discussion of items on the agenda of the Council meeting and the plenary session, setting out the relevant points of view of the Azerbaijani side.

During the visit, members of the Milli Mejlis delegation will also take part in an international conference on comprehensive health coverage and sustainable development.

In addition, meetings are scheduled with a number of heads of delegations who arrived in St. Petersburg to discuss the future activities of the organization, the prospects for the development of inter-parliamentary ties and other issues of mutual interest.

The visit of the Azerbaijani delegation to St. Petersburg will last until November 26.