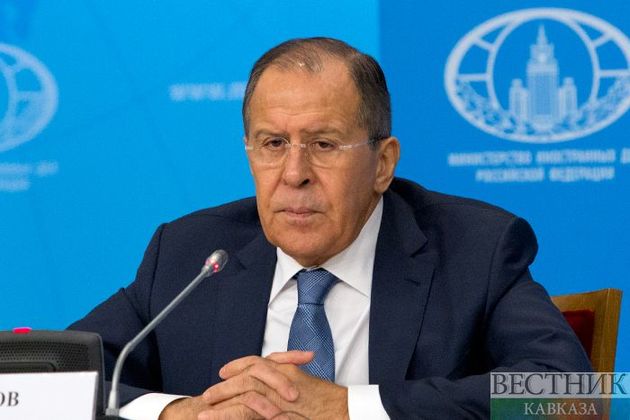 The Presidium of the Organization of War, Labor and Armed Forces Veterans of Azerbaijan has sent an appeal to the Minister of Foreign Affairs of the Russian Federation, Sergey Lavrov.

"Dear Sergey Viktorovich Lavrov, addressing you on the eve of the 76th anniversary of the historic Victory over fascism, we, veterans of the Second World War, expressed our concern over attempts to portray Armenian accomplices of Hitler's Nazism as heroes. That address dealt with the shameless praise of Nazi killers both in Armenia itself and in the information and cultural space of Russia, which pays tributes to the millions of people killed by the Nazis," the Azerbaijani veterans said in the first place.

"With pain in our hearts, we drew your attention to the fact that Armenia is using Russian resources to justify the leaders of the Armenian SS punitive legion Drastamat Kananyan and Garegin Ter-Harutyunyan, also known as notorious generals Dro and Nzhdeh. An accomplice of the Nazi regime, a friend of Hitler’s and Himmler’s, Nzhdeh is elevated to the rank of heroes in the well-known media. In addition, a presentation of a book called “Conversations with Garegin Nzhdeh or a monument to mark the 125th birthday anniversary of Nzhdeh” took place in Moscow. The paradox is that, according to the organizers of this event, “Nzhdeh's ideas are more relevant today than ever and should be actively promoted in modern society”," the noted.

"It would be appropriate to remind them again that in 1948 Nzhdeh was sentenced to imprisonment for 25 years as a war criminal and was in the Vladimir Central Prison in 1957. He was never acquitted and the court upheld the previous verdict. Despite this, every year the Armenian diaspora of Russia organizes a visit to Nzhdeh’s grave in Vladimir, at the cemetery of Prince Vladimir, and holds a ceremony to honor the memory of this fascist executioner. The question is even raised of erecting a memorial complex to this Nazi accomplice at the above-mentioned cemetery.

Expressing our deep gratitude to you, we would like to emphasize that you did not disregard our last year's appeal and, as can be seen from the response we received, appropriate work was carried out with representatives of local Armenians. This was probably why an attempt to perpetuate the memory of this Nazi murderer in Russia was thwarted last year. Along with this, in Armenia itself, two weeks after the celebration of the 71st anniversary of the Victory over Nazi Germany, an official ceremony of unveiling a monument to Garegin Nzhdeh took place in the center of Yerevan. President of Armenia Serzh Sargsyan, who had stood next to you at the parade in honor of the Victory over fascism in Moscow a year before, personally participated in the ceremony of perpetuating the memory of the fascist murderer," the statement reads.

"Dear Sergey Viktorovich Lavrov, you have repeatedly stressed the inadmissibility of rewriting and distorting the results of the Second World War. It was at the initiative of the Russian Federation that the UN General Assembly adopted Resolution 70/139 on “Combating the glorification of Nazism, neo-Nazism and other practices that contribute to the escalation of modern forms of racism, racial discrimination, xenophobia and related intolerance”. Paragraph 4 of this document states that the UN General Assembly expresses serious concern about the exaltation in any form of former members of the Nazi movement, neo-Nazism and the “Vaffen SS” organization, including the erection of monuments and memorials, the holding of demonstrations to glorify Nazism, the Nazi movement and neo-Nazism, as well as the declaration of persons who fought the anti-Hitler coalition and collaborated with the Nazi movement as participants in the national liberation movement or their glorification," the added.

"Armenia, which joined this resolution and introduces itself as a strategic ally of Russia, is creating a large-scale cult of persons committed to the fascist regime, those who contributed to the execution of Soviet soldiers and civilians, including representatives of the Armenian people themselves. We are surprised that there is no reaction to this in Russia itself, which has always expressed its attitude to similar events in other countries. We do not understand the reason for granting a special right for such behavior to Armenia, which issues commemorative coins and films in honor of Nazi criminals Dro and Nzhdeh. A street and a metro station in Yerevan are named after Garegin Nzhdeh. There is Drastamat Kananyan Street. Today, next to the compound of government buildings and headquarters of Armenia’s ruling party, there is also a monument to Nzhdeh," the statement reads.

"We would also like to bring to your attention that another monument to fascist Nzhdeh was erected in the once Armenian-occupied Khojavand district, which is currently the zone of responsibility of Russian peacekeepers. The dismantling of this monument is important. The presence of such a monument on the territory of Azerbaijan is unacceptable not only from the point of view of the moral values of our state and people, but also of the entire mankind, and cannot be accepted," they stressed.

"The heroism of Soviet people is still deeply revered in Azerbaijan today. As before, 9 May is one of the most important public holidays. We, who have felt all the pain and suffering of the war against fascism, people who have lost relatives and friends in battles, watch with a pain in our hearts the creation of a heroic halo of Nazi criminals. We are outraged by the overt disrespect for the memory of the people – the inhabitants of Armenia who died in the name of our once common homeland and all peace-loving humanity. We are confident that, while remaining committed to the blessed memory of the victims of the Second World War, we must reunite efforts in the fight against common evil on the example of the ideology of fascism propagated by Armenia," Azerbaijani veterans concluded.