Baku: Azerbaijan ready to host mission of UNESCO and UNHCR 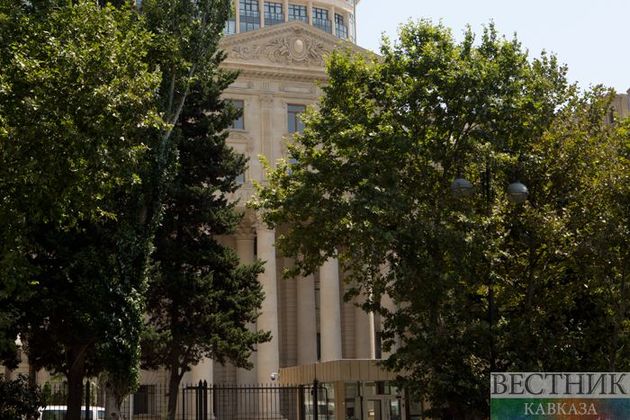 Azerbaijan is ready to host the mission of UNESCO and UNHCR, spokesperson for the Azerbaijani Ministry of Foreign Affairs Leyla Abdullayeva said,.

According to the spokesperson, in continuation of the telephone conversation between President of Azerbaijan Ilham Aliyev and Director General of UNESCO Audrey Azoulay, in recent months a number of meetings were held between Azerbaijan and UNESCO in the format of a video conference:

“During the last meeting, held on June 21, 2021, the Azerbaijani side once again emphasized the readiness of our country to accept the UNESCO mission and called on the organization to accelerate this process. In particular, discussions were held on the visit of the UNESCO mission to the Aghdam and Fuzuli districts and the city of Shusha (previously liberated from Armenian occupation)," Abdullayeva said.

“I would like to note that as a result of the discussions held between the Azerbaijani side and the UN High Commissioner for Refugees (UNHCR), an agreement was reached on the implementation of the UNHCR mission to the territories of our country affected by the conflict. Azerbaijan is fully prepared to accept the UNHCR mission. We are currently awaiting a response from both organizations to complete the work related to the visit,” AzerTAc cited the diplomat as saying.