'Baku-Moscow: dialogue of cultures' conference being held in Azerbaijan 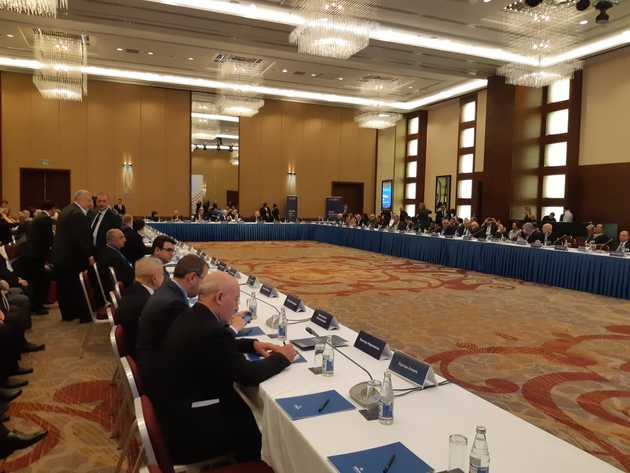 Azerbaijan's Minister of Culture Abulfas Garayev said that Baku and Moscow signed a protocol on cooperation in the field of culture.

Opening the panel session, Abulfas Garayev emphasized that such a representative conference testifies to the focus of Russia and Azerbaijan on serious work throughout the year of 2020.

"A large Russian delegation has arrived in Azerbaijan. Among the members of the delegation, we see the heads of federal departments, MPs, scientists, educators and doctors. I want to once again thank all the organizers, everyone who took the opportunity and found time to come to Baku and participate in our events," the minister thanked.

First Deputy Director General of TASS News Agency Mikhail Gusman, in turn, expressed gratitude to President of Azerbaijan Ilham Aliyev and First Vice President of Azerbaijan Mehriban Aliyeva for facilitating the organization of the conference. "I a;so want to thank the Ministry of Culture of Azerbaijan, Minister Abulfas Garayev and his team for preparing this wonderful forum," he said.

The special representative of the Russian President for International Cultural Cooperation, co-chairman of the board of the Interstate Humanitarian Cooperation Fund of the CIS member-states, Mikhail Shvydkoi stressed the close relations of Russian and Azerbaijani art communities.

"Today Azerbaijan is our strategic partner in the Caucasus and not only in the Caucasus. It is very important for us that the Baku process is developing so rapidly, because it affects not only the humanitarian, but also other areas," the special representative of the Russian President for International Cultural Cooperation said.