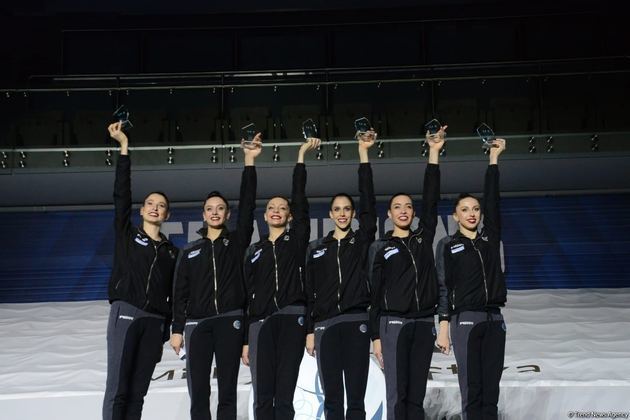 Second ceremony of awarding the winners and of FIG World Cup in Rhythmic Gymnastics in individual and group exercises was held at National Gymnastics Arena in Azerbaijan’s Baku on April 24.

Medals to winners were presented by the Minister of Youth and Sports of Azerbaijan Farid Qayibov, Member of Technical Committee for Rhythmic Gymnastics FIG (International Gymnastics Federation) Lyubov Cherkashina, Judge of the international category Nigar Abdusalimova.

The FIG World Cup in Rhythmic Gymnastics was held at National Gymnastics Arena in Baku from April 22 through April 24. About 130 athletes from 31 countries of world took part in competition, among them 42 gymnasts performing in individual program, and 84 in group teams (14 teams).