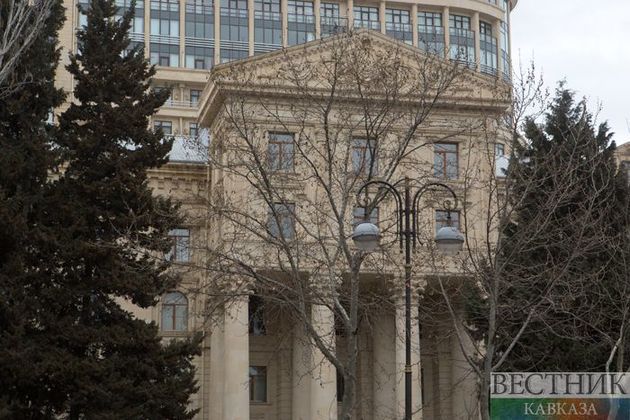 Baku will send a note to the German Foreign Ministry in connection with the illegal visit of Bundestag members to Nagorno-Karabakh region, spokesperson for the Azerbaijani Foreign Ministry Leyla Abdullayeva said.

“The names of AfD politicians are often mentioned in the context of illegal visits not only to the occupied Azerbaijani districts but also to the conflict zones in general in the post-Soviet area," the spokesperson said, adding that Andreas Kalbitz was expelled from the party due to the membership in the neo-Nazi republican party and for his neo-Nazi past. Bundestag Member Stefan Koiter is also known for his enthusiasm in the use of Nazi and anti-Semitic slogan.

“Moreover, the AfD faction of the Bundestag expresses a unified position on the settlement of conflicts based on the norms and principles of international law,” Abdullayeva added.

“In connection with the illegal visit, the Azerbaijani embassy in Germany will send a note to the German Foreign Ministry and letters of protest to the Bundestag and the Landtag of Brandenburg,” the spokesperson said. “This fact once again shows that Armenia’s historically established cooperation with people having extremist and neo-Nazi views continues today.”