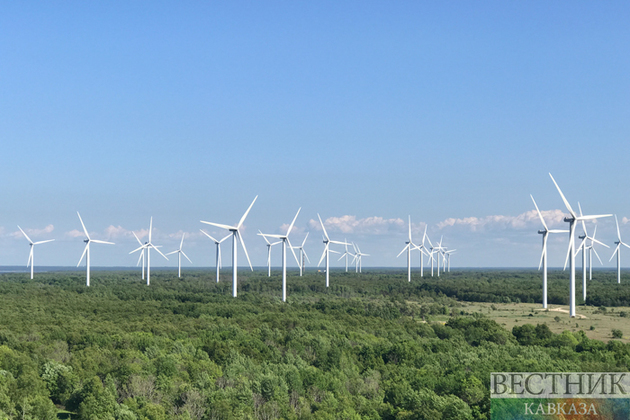 "We have agreed to increase offshore wind in the Baltic Sea seven-fold by 2030," Danish Prime Minister Mette Frederiksen told reporters after hosting a meeting between Denmark, Estonia, Finland, Germany, Latvia, Lithuania, Poland and Sweden. "We are the frontline of European energy security", Frederiksen said.

Twenty gigawatts would be enough to supply electricity to 20 million households, "more than the current wind offshore capacity in the whole of the EU today", she added.

By 2050, the Baltic Sea's wind energy capacity could be brought to 93 gigawatts, the countries said in a statement.

The Commission said in March it wanted to reduce dependence on Russian gas by two-thirds this year, and completely by 2030. It also unveiled a target to increase its share of renewable energy from 40 to 45% by 2030. The EU also aims to reduce greenhouse gases by 55% by 2030 and to be carbon neutral by 2050.

On Monday, Denmark said it would increase its wind capacity off the Baltic Sea island of Bornholm from two to three gigawatts, and link this production to Germany's electricity grid.