Bank of Russia keeps its key rate at 20% 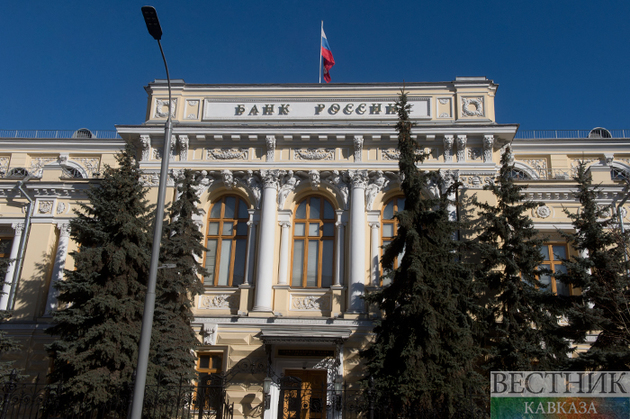 The Bank of Russia at a meeting of the Board of Directors on Friday decided to keep the key rate at 20% per annum after its sharp unscheduled increase on February 28 from 9.5%, the regulator said in a press release.

"On 18 March 2022, the Bank of Russia Board of Directors decided to keep the key rate at 20% per annum. Against the background of a drastic change in external conditions, the sharp increase in the Bank of Russia key rate of 28 February helped sustain financial stability and prevented uncontrolled price rises," the regulator said.

"Moving forward, in its key rate decision-making the Bank of Russia will take into account actual and expected inflation movements relative to the target and economic developments over the forecast horizon, as well as risks posed by domestic and external conditions and the reaction of financial markets," the regulator noted.

A sharp surge in uncertainty in the Russian economy has a negative impact on the sentiments and expectations of the population and businesses, according to the press release.

"Flash indicators, including the Bank of Russia’s business survey, suggest a deterioration of the situation in the Russian economy. Businesses in many industries are reporting production and logistic difficulties amid the trade and financial restrictions imposed on Russia," the regulator notes.

The Bank of Russia expects the country’s GDP to reduce over the coming quarters.

"This decline will be mainly driven by supply-side factors, thereby producing a limited disinflationary effect. The stimulus measures being adopted by the Government and the Bank of Russia will limit the scale of economic downturn. A further recovery path of the Russian economy will be largely shaped by the degree and speed of its adjustment to new conditions," the regulator says.

According to the press release, the Russian economy "is entering the phase of a large-scale structural transformation, which will be accompanied by a temporary but inevitable period of increased inflation, mainly related to adjustments of relative prices across a wide range of products and services."

"Business adaptation to the change in external conditions, including a changeover in production and supply chains, will become a key driver for movements in relative prices in the coming quarters," the regulator says.

The Bank of Russia expects that its monetary policy will create conditions for the Russian economy to adapt to new conditions and return annual inflation to 4% in 2024.

"Weekly estimates show that inflation has significantly accelerated since early March. Current price movements are largely driven by a surge in consumer demand for individual product categories against the background of higher uncertainty and rising inflation expectations, as well as the weakening of the ruble since the beginning of 2022," according to the press release.