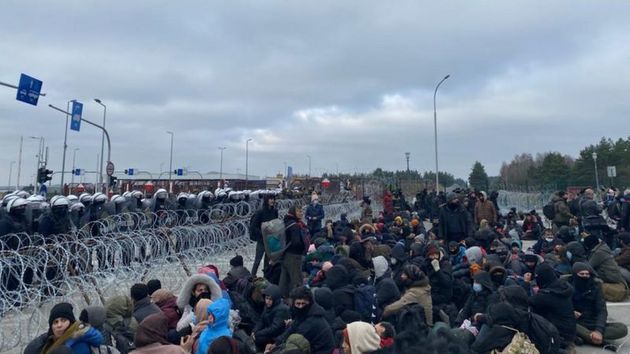 The Polish Defense Ministry reported Thursday that there had been numerous attempts to cross the border from Belarus. It said on Twitter that around 100 migrants had been detained.

As regional leaders consider the next step in the Belarus-Poland border crisis, thousands of migrants remain in the border area.

"Then the Belarusians forced the migrants to throw stones at Polish soldiers to distract them. The attempt to cross the border took place several hundred metres away," the ministry said.

In video footage Polish soldiers can be seen surrounding a large group of people huddled in the darkness.

Poland has passed legislation in parliament allowing groups of migrants to be pushed back into Belarus.