Belarus to buy oil from Azerbaijan and Kazakhstan? 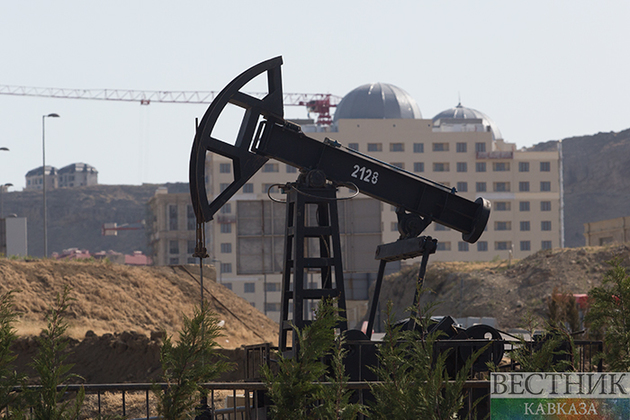 "The government continues to work out alternative oil supply scheme, all possible options are being explored. We have sent corresponding proposals. All the commercial services of our plants, of the Belarusian Oil Company, are in negotiations on an ongoing basis," he said, adding that Minsk expects to find alternative routes in the near future.

In addition to Azerbaijan and Kazakhstan, Belarus has also sent proposals to Ukraine, Poland and the Baltic states. "We are now dealing with this issue," Dmitry Krutoy assured.

The Deputy Prime Minister emphasized that Belarus finds it inappropriate to pay high premiums to Russian oil companies. "We still maintain the position that in the context of the tax maneuver and the annual increase in the cost of oil for Belarus by reducing the customs duty, it makes no sense to pay a premium to Russian oil companies in the amount agreed in 2011," he pointed out.

Head of the 'Caspian Barrel' Center for Oil Research Ilham Shaban, speaking with the correspondent of Vestnik Kavkaza, noted that it is not about the supply of Azerbaijani oil to Belarus, but about cooperation with the Azerbaijani supplier, the State Oil Company SOCAR.

He recalled that earlier Minsk had already bought oil from Azerbaijan. "A few years ago, the Odessa-Brody pipelines, which are interconnected with Druzhba, and the railway route were used for this. But Minsk did not buy the Azeri Light brand, it was just delivered by SOCAR Trading," the expert explained.

Ilham Shaban also drew attention to the fact that it is not profitable for Belarus to buy Azerbaijani oil because of its high price. "Azeri Light is too expensive for Belarus: since the beginning of October, its price per barrel at world markets is $4-5 higher than Brent... A statement on negotiations with Azerbaijan indicates only a desire to work with SOCAR Trading," the expert concluded.

Azerbaijan expects growth in exports of oil and gas products