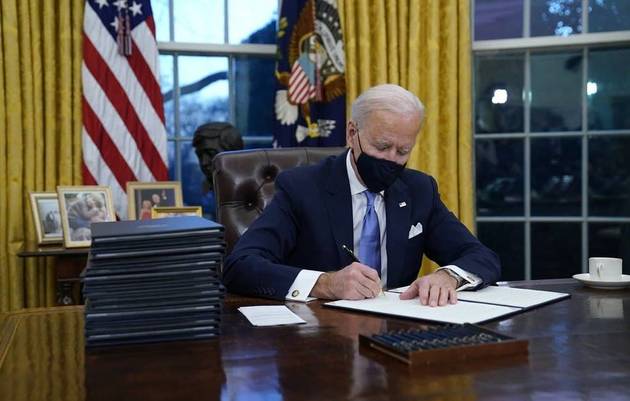 U.S. President Joseph Biden signed a decree on his first day in office to return the country to its obligations under the Paris Climate Agreement.

During the ceremony at the White House, President Biden said that these were the first of many documents, and that there is no time to wait.

President Biden said that he will begin signing a number of executive orders within a few days. He added that he will begin with signing those related to the crisis caused by the coronavirus, along with the economic and climate crisis, Reuters reported

In 2018, U.S. President Donald Trump decided to withdraw from the Paris Agreement, which, in his opinion, slows down the development of the American economy. Biden has also previously spoken out for the development of alternative energy sources in the United States. At the end of November 2020, former U.S. Secretary of State John Kerry, whom the president-elect named his special envoy for climate, announced that the administration intends to seek new international agreements aimed at combating climate change on the planet.