Bill Gates: Trump probably should be allowed back on social media 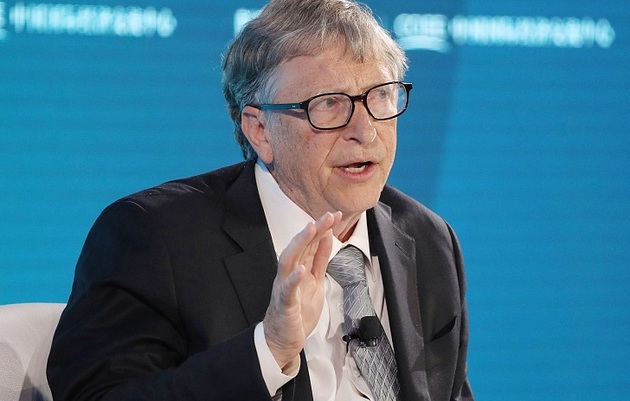 He was asked whether he would let Trump back on social media if he were on Facebook’s oversight board.

That social media giant and others, including Twitter, had suspended Trump from their platforms after he spread an array of unfounded conspiracy theories and falsehoods about his election loss to President Joe Biden.

Democrats and some Republicans have blamed Trump for fomenting the Jan. 6 riot at the U.S. Capitol in which five people died. The Senate on Saturday fell 10 votes short of convicting Trump at his impeachment trial.

"It’s weird when you’re, you know, saying that the election was stolen without any facts there. And how corrosive that is," said Gates, who also has criticized the Trump administration’s handling of the coronavirus pandemic.

"But I’ll bet they’ll find a way to let him back on," he added, saying that Trump’s future false posts could get slapped with warning labels. "You know in a way ... people’s interest in what he says may go down quite a bit," Gates added. "That’ll be interesting to watch."

US stops ship leaving Iran with cargo for the Houthis