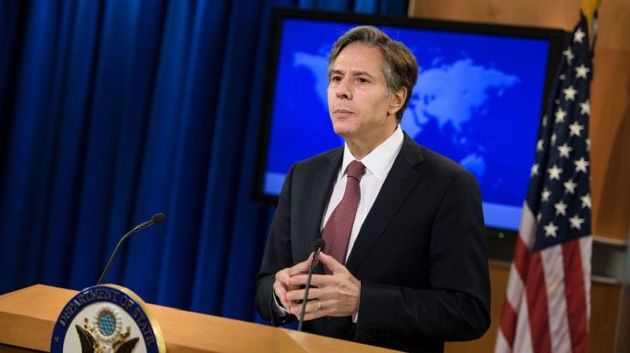 U.S. Secretary of State Antony Blinken at the meeting with Ukrainian President Vladimir Zelenskyy announced the U.S. administration's intention to strengthen its energy security, according to the statement by State Department spokesman Ned Price.

"Secretary Blinken reaffirmed the United States’ unwavering support for Ukraine’s sovereignty, independence, and territorial integrity.  He welcomed Ukraine’s steps to address corruption and underscored that, together with our allies and partners, the United States would continue to reinforce Ukrainian energy security, including by reducing the risks posed by the Nord Stream 2 pipeline," the statement reads.

Earlier it was reported that U.S. Secretary of State Antony Blinken and Ukrainian President Vladimir Zelenskyy meet in Glasgow on the margins of COP26 on November 2.