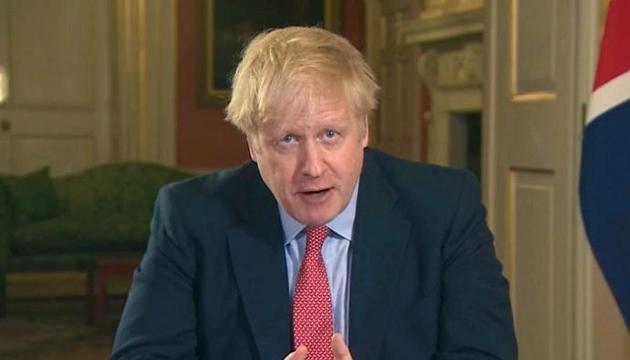 On the eve of the landmark vote, Tory Eurosceptics announced they would support the agreement, finally ending decades of division in the party over Europe. Their move paves the way for the legislation to be rushed through the Commons and Lords in just one day, ahead of the end of the transition period at 11pm.

Urging MPs to back the accord struck on Christmas Eve, Johnson will claim it resolves 'the old and vexed question of Britain's political relations with Europe, which bedevilled our post-war history'.

The PM will say: 'We have done this in less than a year, in the teeth of a pandemic, and we have pressed ahead with this task, resisting all calls for delay, precisely because creating certainty about our future provides the best chance of beating Covid and bouncing back even more strongly next year."

Johnson will continue: 'We will now open a new chapter in our national story, striking free trade deals around the world, adding to the agreements with 63 countries we have already achieved, and reasserting Global Britain as a liberal, outward-looking force for good. Those of us who campaigned for Britain to leave the EU never sought a rupture with our closest neighbours."

"What we sought was not a rupture but a resolution, a resolution of the old and vexed question of Britain's political relations with Europe, which bedevilled our post-War history," Daily Mail cited him as saying.