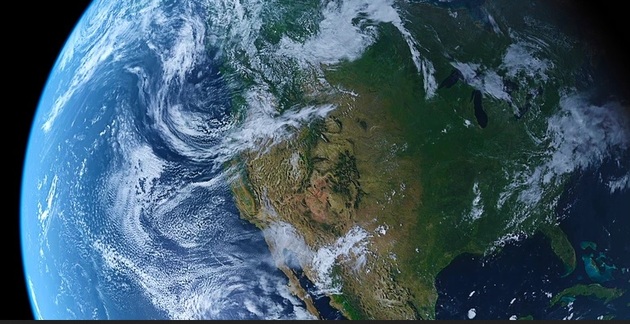 Global heating has arrived with a vengeance and will see Earth's average temperature reach 1.5 degrees Celsius above preindustrial levels around 2030, a decade earlier than projected only three years ago, according to a landmark UN assessment.

The Intergovernmental Panel on Climate Change (IPCC) bombshell – landing 90 days before a key climate summit desperate to keep 1.5C in play – says the threshold will be breached around 2050, no matter how aggressively humanity draws down carbon pollution.

Years in the making, the sobering report approved by 195 nations shines a harsh spotlight on governments dithering in the face of mounting evidence that climate change is an existential threat.

With only 1.1C of warming so far, an unbroken cascade of deadly, unprecedented weather disasters bulked up by climate change has swept the world this summer, from asphalt-melting heatwaves in Canada, to rainstorms turning China's city streets into rivers, to untameable wildfires sweeping Greece, California and Siberia.

Even if the 1.5C target humanity is now poised to overshoot is miraculously achieved, it would still generate heatwaves, rainfall, drought and other extreme weather "unprecedented in the observational record", it concluded.

At slightly higher levels of global heating, what is today once-a-century coastal flooding will happen every year by 2100, fuelled by storms gorged with extra moisture and rising seas.

Disintegrating ice sheets holding enough water to raise seas a dozen metres; the melting of permafrost laden with double the carbon in the atmosphere; the transition of the Amazon from tropical forest to savannah – these potential catastrophes "cannot be ruled out", the report cautions.

Since about 1960, forests, soil and oceans have steadily absorbed 56 percent of all the CO2 humanity has chucked into the atmosphere – even as those emissions have increased by half.

But these carbon sinks are becoming saturated, according to the IPCC, and the percentage of human-induced carbon they soak up is likely to decline as the century unfolds.

The IPCC "report is a code red for humanity", UN Secretary-General Antonio Guterres said. "The alarm bells are deafening, and the evidence is irrefutable: greenhouse gas emissions from fossil fuel burning and deforestation are choking our planet and putting billions of people at immediate risk."