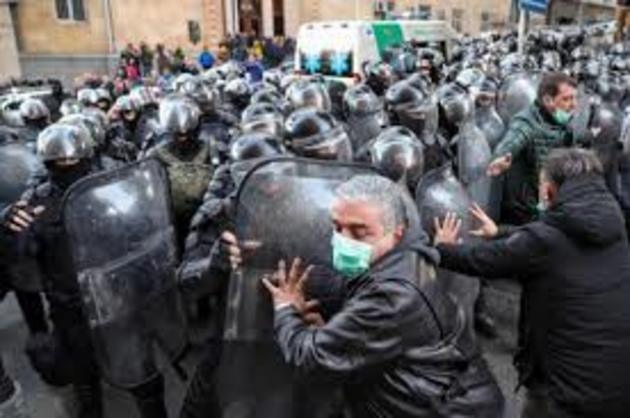 Members of Georgian opposition parties and their supporters are holding a rally at parliament building in central Tbilisi, protesting Irakli Shotadze’s possible re-election as prosecutor general.

Parliament Speaker Archil Talakvadze said that "protests are part of democracy" and everyone in the country has the right to express their views.

"As for the issue of the prosecutor general, despite my respect for the opposition, we have a responsibility before the state and public. The opposition may like or dislike a candidate. The final decision is up to parliament," Agenda.ge cited Talakvadze as saying.

If at least 76 MPs of a total of 150 vote for Shotadze, he will become the country’s first prosecutor general elected by parliament twice.

Shotadze, who was the first Georgian prosecutor general elected by parliament in 2015, was nominated for the post by a legal entity, the Georgian Technical University.

The post became vacant after former Chief Prosecutor Shalva Tadumadze was approved as lifetime judge of the Georgian Supreme Court in December 2019.

The ruling Georgian Dream party, which has more than 90 MPs in parliament, vows support for Shotadze. But the opposition and the civil sector strongly oppose Shotadze’s reelection.