Counter-terrorist operation completed in 14 out of 17 Kazakh regions 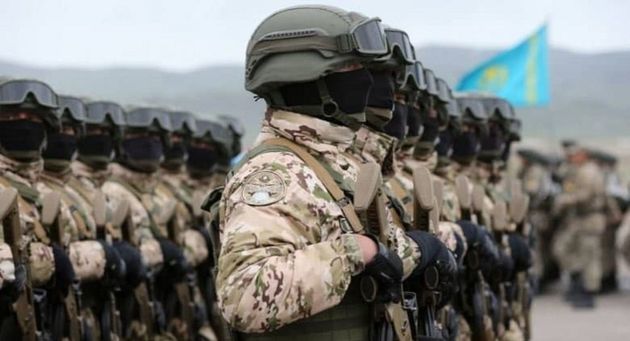 Kazakhstan’s law enforcement has completed a counter-terrorist operation in 14 out of 17 country’s regions, the press service of the republic’s National Security Committee reported on Thursday.

"Currently, the situation has stabilized in 14 regions of the Republic of Kazakhstan. For this reason, the republic’s emergency operations center on fighting terrorism reports the completion of the counter-terrorist operation and the lifting of the critical red level of terrorist threat on the territory of the cities of Nur-Sultan, Shymkent, the Akmola, Aktobe, Atyrau, East Kazakhstan, West Kazakhstan, Karaganda, Kyzylorda, Kostanay, Mangistau, Pavlodar, North Kazakhstan and Turkistan Regions," the statement said.

The press service specified that the counter-terrorist operation continues in three Kazakh regions. "Meanwhile, in the city of Almaty, the Almaty and Jambyl Regions measures are being implemented on detecting and detaining terrorists and individuals involved in other criminal activity during mass disturbances. Accordingly, the counter-terrorist operation in those regions continues, the critical red level of terrorist threat remains," TASS cited the statement as saying.