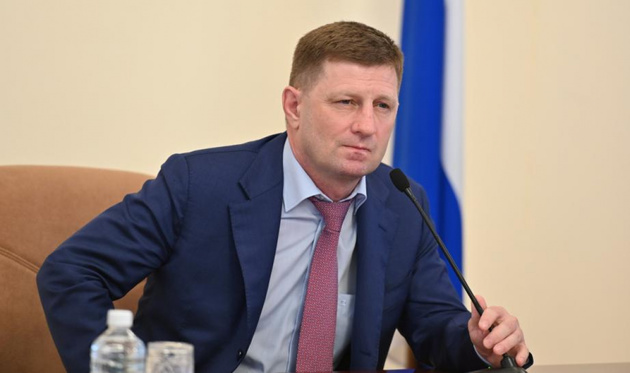 Russian investigators have launched a criminal case and detained Sergei Furgal, the governor of Russia’s Far Eastern Khabarovsk Territory, the Russian Investigative Committee said on its website on Thursday.

The official was detained on suspicion of organizing murder and attempted murder. A video, released by the Russian Investigative Committee, shows Furgal handcuffed and led away when he came to his office.

Charges against the official are to be filed soon. Investigators are set to request the court to choose custody as a measure of pretrial restraint for the official, TASS reported.

According to the Committee, the arrest was made in connection with the investigation into a multi-episode criminal case against an organized criminal group, suspected of murders and attacks on businessmen on the territory of the Khabarovsk and Amur regions in 2004-2005.

Apart from Furgal, four other suspects have been detained and charged as part of the case.

A source close to the investigation said the official "was detained at his workplace." "Law enforcement officers are taking measures to transport him to Moscow," he added.

A law enforcement source said Furgal’s case "contains at least two episodes of murder and one attempted murder" - the murder of businessmen Yevgeny Zorya and Oleg Bulatov in 2004 and 2005, and attempted murder of entrepreneur Alexander Smolsky, a founder of several commercial organizations in the region’s administrative center of Khabarovsk.