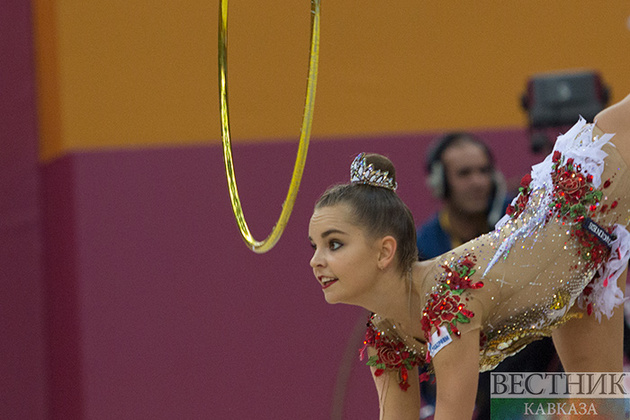 Russian gymnast Dina Averina took gold on Thursday at the 2021 Rhythmic Gymnastics World Championships in Japan’s Kitakyushu winning in the women’s clubs exercise and is now the 16-thime winner of the world championships.

Judges awarded the Russian athlete 27.100 points for her performance in the clubs exercise, which earned Averina the gold.

Her teammate and sister, Arina Averina, took the silver having earned 26.750 points and the bronze went to Anastasia Salos of Belarus (26.400 points).

On Wednesday, Averina won two gold medals of the 2021 Rhythmic Gymnastics World Championships. She took the gold in the women’s hoop exercise and in the women’s ball exercise.

Dina Averina, 23, is now the 16-time World Champion in addition to her two silver and one bronze of the world championships. She is also a 10-time winner of the European Championships and the silver medal winner of the 2020 Summer Olympic Games in Tokyo.

The gold medal winners of the gymnastics competitions at the 2020 Summer Olympic Games in Tokyo decided against participating in Japan’s Kitakyushu tournament this year. Israel’s 2020 Olympic Champion in the women’s all-around event, Linoy Ashram, stated almost two months ago her decision to skip this championship.

The national team of Bulgarian athletes announced their withdrawal from the team competitions on Tuesday after one of its gymnasts suffered an injury during a training session in Kitakyushu.