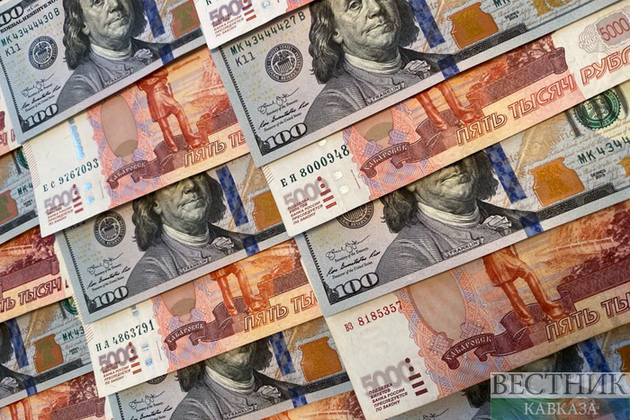 The ruble weakened Wednesday, hitting new record lows against the dollar and euro in Moscow before inflation data which could show the impact of economic sanctions over Russia's actions in Ukraine.

On the offshore EBS platform it was trading at 137 to the dollar, down over 5% on the day.

Russia's financial markets have been thrown into turmoil by severe economic sanctions imposed over its special operation in Ukraine.

The central bank has more than doubled its key interest rate to 20% and the government has rolled out support measures, but Russian assets have sold off heavily and the rouble is now down around 30% against the dollar in Moscow since Feb. 24.

Stock trading on the Moscow Exchange remained largely closed on Wednesday by order of the central bank. Stocks last traded in Moscow on Feb. 25, after which the central bank restricted trading.

On Tuesday, the central bank said it was offering additional crisis support to financial firms. It also said citizens with foreign currency accounts would not be allowed to withdraw more than $10,000 in total over the coming six months, in the latest step to ease pressure on the ruble.