Ekaterina Vinnik on Vesti.FM: ethno-tourism in Russia can become the pearl of the industry 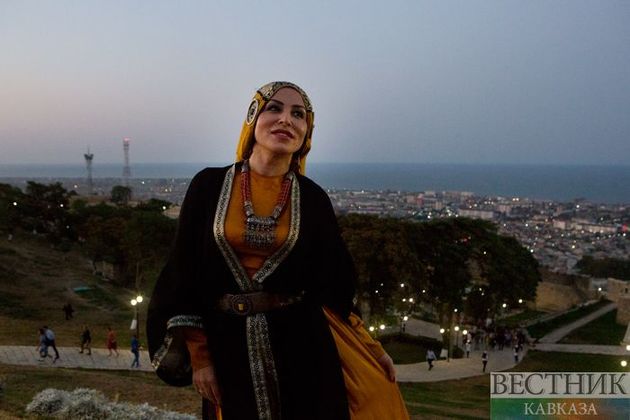 Ethnic tourism, the purpose of which is to gain knowledge about the culture, life and traditions of a particular people, has become a catalyst for economic and socio-cultural development in many countries of the world, the analyst of the Russian information and analytical agency Vestnik Kavkaza, Ekaterina Vinnik said in the Natsvopros program on Vesti.FM.

Ethno-tourism has long been an important industry in Australia and China, attracting thousands of visitors per year. In Russia, where more than 180 ethnic groups live, and each region is unique in its own way, the potential of this type of tourism is incredibly great.

"According to TurStat for 2019, ethnographic tourism in Russia was one of the most popular and fast-growing destinations. Today, more than 20 constituent entities of the Russian Federation offer various ethnic tours. The five most popular regions include Karelia, Vologda Oblast, Buryatia, Irkutsk Oblast and Khakassia. They are followed by Altai Territory, Komi, Udmurtia, Yakutia and Ingushetia," the expert added.

She also noted that ethnographic tourism in Russia is Kizhi and Valaam, the Golden Ring of Altai, Sayany, Izborsk and Pechora, the Ytyk Khaya ethnic complex, Small Jerusalem, the Karamkinskoye ethnic settlement and the Tanynaut ethnic village.

"The list of places where one can immerse in the life of indigenous peoples, learn the history of the nomads of Russia, get acquainted with their crafts and philosophies is actually very long. Considering that more and more Russians prefer to rest actively, the resource of this type of tourism is extremely large, so many regions have recently started to develop it. Just a week ago, in Dagestan, the Caspian Sea of ​​Friendship festival was held, where participants from 22 regions of the country discussed the development of ethno-tourism and regional ethno-brands,” Vinnik continued.

Talking about ethnographic tourism of international level, the analyst highlighted nostalgic tourism, when people visit places where their ancestors or they themselves lived. In particular, the inhabitants of Finland go to Karelia and the Leningrad region, the Japanese - to Sakhalin and the Kuriles, and the Germans prefer the Kaliningrad region.

"Despite the popularity of ethno-tourism, of course, its further development is extremely necessary. First of all, there is a need for sufficient information support of relevant tourism services from both the regions and the government. The creation of national brands is also an extremely important nuance that will help to promote the image of Russia as a destination for ethno-tourism. The third aspect is the formation of the necessary infrastructure to ensure the convenience of tourists, both domestic and foreign, who want to get acquainted with an amazing diversity of our country. In other words, ethno-tourism in Russia can become the pearl of the industry with a competent approach and active state support,” Ekaterina Vinnik concluded.