EpiVacCorona-N vaccine to be released for use in near future 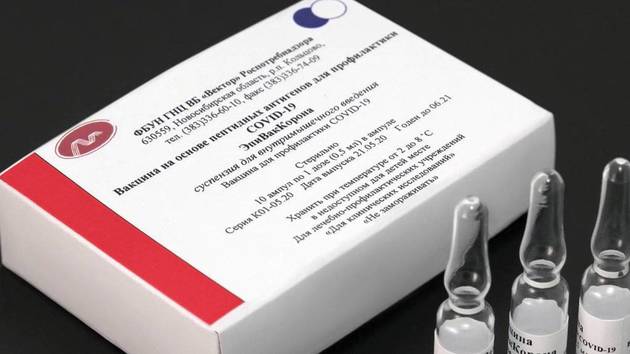 The EpiVacCorona-N coronavirus vaccine will be released into civil circulation in the near future, Tatiana Nepomnyashchikh, a deputy head of the Vector State Research Center of Virology and Biotechnology, said.

"EpiVacCorona-N has not yet been released into the stream of commerce because we received the authorization only on Thursday. As soon as our industrial partners manufacture the series, the health regulator will give authorization for the release into the civil circulation. It will be in the near future," she said on the sidelines of the Eastern Economic Forum (EEF).

The EpiVacCorona-N coronavirus vaccine developed by the Vector Center was registered with the Russian health ministry last Thursday, TASS reported.

The Center’s chief, Rinat Maksyutov, said earlier that were are no principal differences between the EpiVacCorona and EpiVacCorona-N vaccines. According to Maksyutov, the vaccines differ by technological specifics of the production process. However, new clinical tests were needed all the same.

The 6th Eastern Economic Forum will be held in Vladivostok on September 2-4 in the hybrid format, with guests expected to attend the event online and offline. All the activities will be streamed on the EEF website. TASS is the general information partner and the official photo hosting agency.