Erdogan: Turkey to bring down prices soon as possible 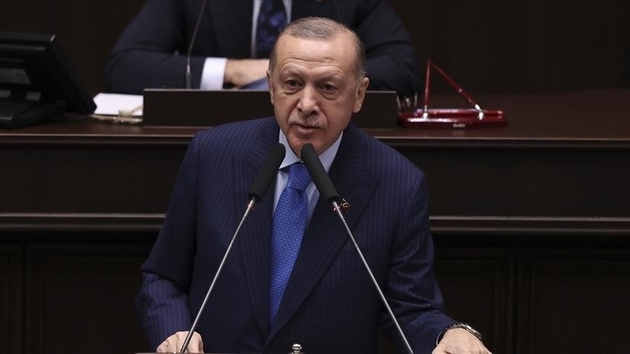 Turkish President Recep Tayyip Erdogan said that Turkey would bring consumer prices down as soon as possible, after annual inflation soared to its highest level in 19 years in December.

Addressing lawmakers from his ruling Justice and Development Party (AK Party) in Parliament, Erdogan said the inflation figures were not in line with economic realities in Turkey and he hoped to see the benefits of Ankara’s economic policy in the summer.

Turkey’s annual inflation rose nearly 36.1% in December, the highest reading since September 2002, according to official data, driven by a slide in the Turkish lira and soaring transport and food prices.

"There is an inflation problem in our country. Moreover, in addition to inflation, Turkey is also struggling with the painful problem of exchange rate fluctuation. Inflation growth has remained relatively below other countries," Erdogan said.

Yet, he stressed as was the case with the exchange rate, it was "clear that there is a bubble in inflation that does not match the realities of the economy." "Hopefully, we will eliminate this bubble as soon as possible and prevent our nation from being under the burden of unfair price increases," he added.

Erdogan said they would look at inflation in July and revaluate workers’ conditions accordingly, after he last month announced a 50% hike in the minimum wage for 2022 to relieve workers.

“Next July, we will reevaluate the situation of our employees if necessary, looking at the inflation rate and the conditions,” Daily Sabah cited the president as saying.