Erdogan lauds talks with Putin in Sochi as productive 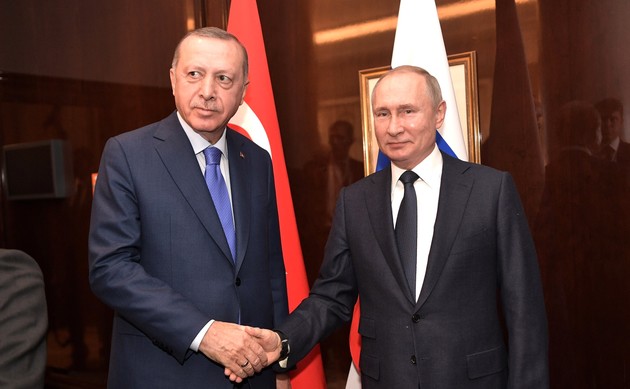 Turkish President Recep Tayyip Erdogan has described the talks he had with Russian leader Vladimir Putin in Sochi on Wednesday as productive.

"We left Sochi after productive negotiations with my counterpart Putin," Erdogan wrote on his Telegram channel, attaching a photo of himself with the Russian president.

The meeting between Putin and Erdogan lasted almost three hours, no press statement was made afterwards.