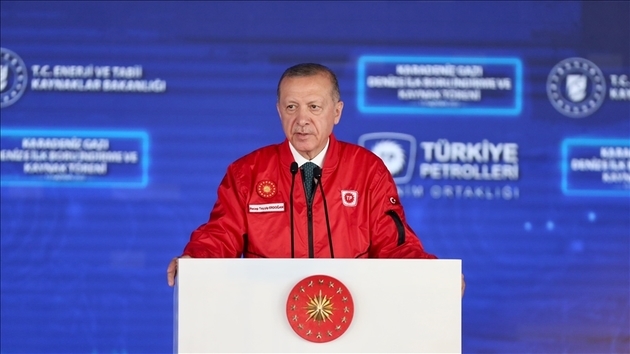 Today, Turkey started construction of a gas pipeline along the bottom of the Black Sea off the republic's coast, the start of construction was given by Turkish President Recep Tayyip Erdoğan.

"We are very pleased that we have reached such a crucially important stage of gas production in the Black Sea. In the first quarter of 2023, 10 million cubic meters of gas will enter our national gas transmission system. We hope that the Sakarya gas field will reach peak [gas] production in 2026",  he said on the TRT TV channel, TASS reports.

The discovery of a gas field in the Black Sea is a historic event, carried out entirely at the expense of domestic resources, the country considers energy as a key to regional cooperation, and not an arena for tension and confrontation", Erdoğan said, adding: the country's fourth drilling ship, which will go for development the Black Sea's gas reserves, will be named "Abdulhamid Khan" in honor of the last ruler of the Ottoman Empire.

Let us remind you that on August 21, 2020, Erdoğan announced that Turkey had discovered large reserves of natural gas in the Black Sea. By 2023, the authorities expect to start deliveries to the domestic market.