Erdogan slams envoys of 10 countries over statement on Kavala case 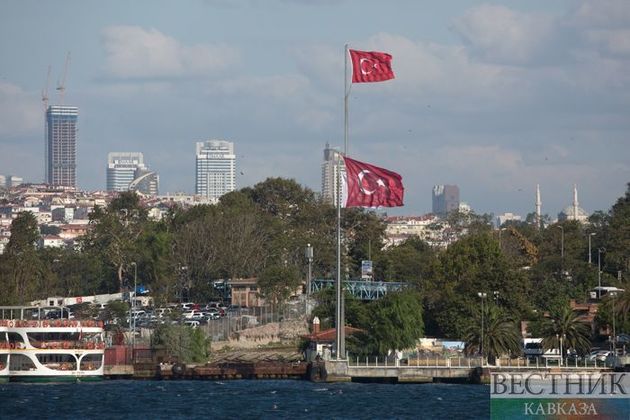 Turkish president Recep Tayyip Erdogan on Monday slammed envoys of 10 countries over their statement on the ongoing case of businessman Osman Kavala.

The ambassadors who issued the statement on the Kavala case directly target Turkey's jurisdiction, right of sovereignty, Erdogan said following a Cabinet meeting at the Presidential Complex in Ankara.

Turkey cannot tolerate ambassadors questioning its judiciary, while even the country's legislative and executive organs cannot interfere according to the Turkish Constitution, he noted.

Also, he described the recent move as a great insult to all judiciary members in the country, including judges, prosecutors, and lawyers.

Erdogan added that anyone who does not respect the independence of Turkey and the sensitivities of the Turkish nation cannot live in this country, regardless of their title.

"It is the duty of the head of state to give the necessary response to this disrespect towards our judicial members via independent, impartial judiciary," he noted.

Also, “our intention is never to cause a crisis, but to protect our country's law, honor, interests, and sovereignty rights,” Erdogan noted.

Those who turn to their old habits, seeing Turkey's kindness as weakness, will be responded accordingly, as long as they do not admit their wrongdoing, Erdogan also said.

Earlier, the Turkish Foreign Ministry had summoned the ambassadors of these countries - U.S., Canada, Finland, Sweden, Denmark, Norway, New Zealand, the Netherlands, Germany, and France - for meddling in the Turkish judiciary.

Erdogan had said he ordered the foreign minister to declare 10 ambassadors “persona non grata” over their statement on the ongoing case of Kavala.

Early on Monday, the 10 embassies in Turkey announced that they abide by Article 41 of the Vienna Convention on Diplomatic Relations, which calls on the envoys not to interfere in the internal affairs of the states they serve in.