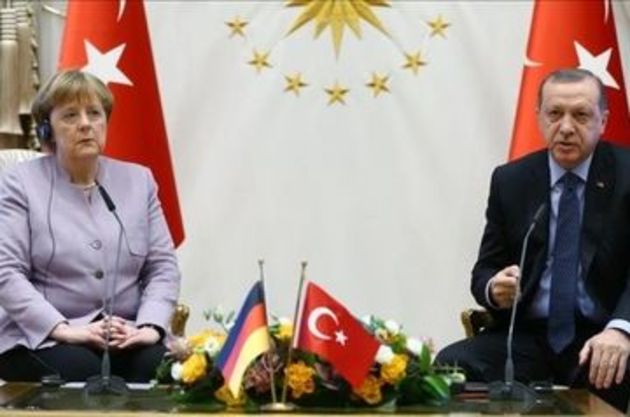 "Turkey wants to open a new page in relations with the EU," Erdoğan said, according to a statement from Turkey's Communications Directorate.

He thanked Merkel for her constructive contribution and efforts to the Turkey-EU relations.

Erdogan praised the positive developments that took place at the latest EU Summit with the contribution of prudent leaders.

Those who want to cause a crisis in Turkey-EU relations will damage this window of opportunity that could mutually benefit the region, he added.

He stressed that updating the March 18, 2016 refugee deal is the key to maintaining the positive developments.