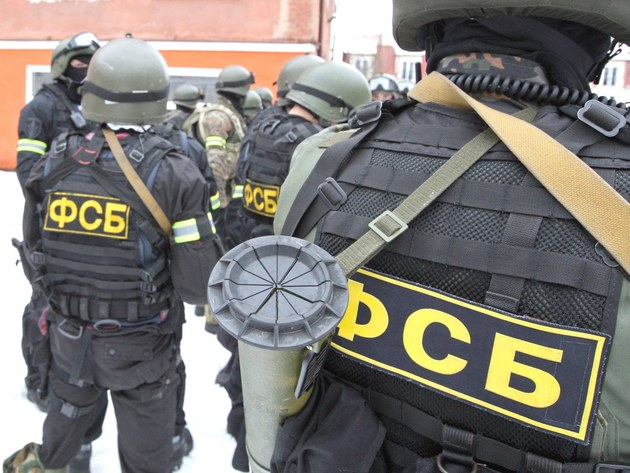 "Two agents of the Security Service of Ukraine have been detained - Zinoviy Koval, born in 1974, and his son Igor Koval, born in 1999, who arrived in Russia to collect information and take photos and videos of strategically important enterprises and transportation infrastructure," the FSB revealed.

According to the FSB, "the detainees confessed that they had been recruited by a current employee of the Ukrainian Security Service, Colonel Vasily Kovalik <…>, who instructed them to collect data on strategic locations for a $10,000 reward."

Some additional active search measures are currently being carried out, TASS reported.

FSB also apprehended an operative of Ukraine’s military intelligence for preparing a terrorist attack in Russia.

"Security officials detained an operative of the Chief Directorate of Intelligence of the Ministry of Defense of Ukraine, who was sent to the territory of our country to commit a terrorist attack," the press office said.

The detainee, Alexander Viktorovich Tsilyk, born in 1998, is a resident of the Kiev Region.

"He confessed that he was recruited and followed the instructions of Lieutenant Colonel Maksim Leonidovich Kirilovets, born in 1988, sector chief and taskforce member belonging to the operational department of the special reserve at the Chief Directorate of Intelligence of Ukraine’s Ministry of Defense," the FSB press office stated.

The saboteur was supposed to detonate two homemade explosive devices containing 1.5 kg of TNT. To carry out this mission, he first arrived in Russia together with Kirilovets and two military intelligence officers to set up a hideout and weapons stash and transport the explosive devices. The four individuals illegally crossed the Russian state border. "Upon his return to Russia, Tsilyk was caught red-handed with the said weapons as he headed to the scene of the crime," the Russian federal agency revealed.

FSB officers are conducting search and investigative measures. "We have received evidence confirming the terrorist designs of Ukraine’s military intelligence against facilities on our country’s soil," the FSB press service reported.