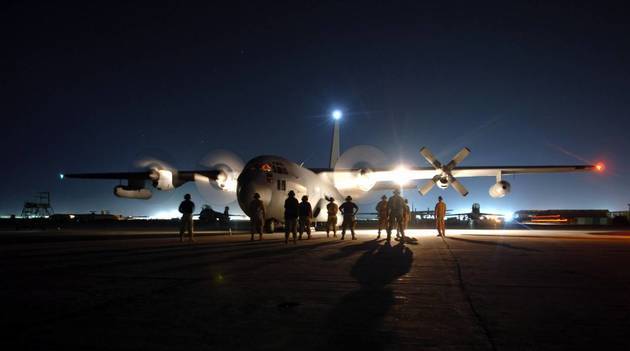 A U.S. plane carrying the fifth delivery of U.S. weapons and ammunition on board landed in Ukraine’s capital Kiev late on Monday, Defense Minister Alexey Reznikov has said.

"The 5th bird in Kiev! Another 84 tons of ammunition of various calibers!" the official wrote on Twitter, attaching a photo of large crates stacked in a plane’s cargo bay.

In the next few days, Ukraine is waiting for the next shipment of "defense weaponry" from the United States, he added.

Western arms supplies to Ukraine intensified in early January, amid claims of a Russian invasion. On January 22, Kiev received over 90 tonnes of lethal weapons from the United States, followed by another shipment on January 23, totaling 80 tonnes. On January 25, another 80-tonne delivery of US-made Javelin anti-tank missile systems took place. More weapons and ammunition arrived in Ukraine on January 28.

The shipments were reported to be part of US President Joe Biden’s $200-million aid pledge to Ukraine.