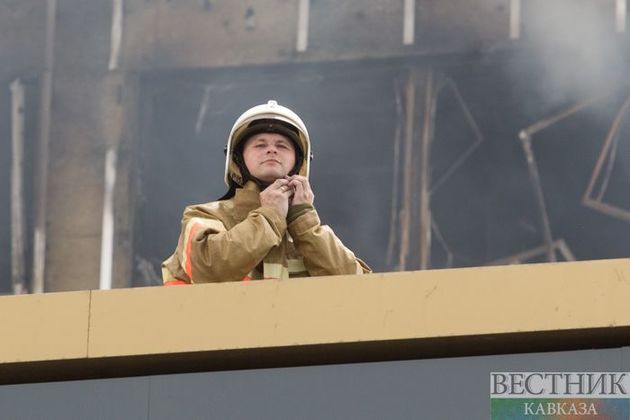 Lives of the patients, hospitalized after the explosion and fire at a gas station in Novosibirsk are not in danger, Novosibirsk regional clinical hospital chief medical officer Anatoly Yudanov said.

"The kids are in relatively satisfactory state, the damage area is not big. The patients in the intensive care units, as well as patients in intensive care of the burn unit - all are stable, nobody’s life is in danger at this point," he said.

Yudanov noted that a total of 17 people were hospitalized, 7 of them in serious state, and in burn shock, caused by a major burn area. Their condition is described as stable serious; 10 more people, including rescuers, have burn area of about 5%, their state is described as fair. The most badly injured victim has a burn area of about 40%, Yudanov disclosed, adding that nobody experienced carbon monoxide poisoning, and all patients are conscious.

The medics also organized a hotline for the relatives. "Yesterday, we have accepted a very high number of calls from the relatives and the close ones. Therefore, we made a decision to organize a hotline today. We will publish the number at the hospital website and the mass media today," TASS cited Yudanov as saying.

The fire took place at the Evrogaz gas station in an industrial area on the Gusinobrodskoye highway in Novosibirsk at 14:04 Moscow time Monday. Seven minutes later, the first fire crews arrived at the scene. Several explosions took place due to natural gas discharge, destroying a gas truck and a ground fuel tank. The fire crews protected a nearby gas station from fire and prevented gas cylinders from exploding. The fire is currently fully eliminated.

The fire was caused by lack of grounding of the gas truck during offloading. A total of 35 people were injured in the incident. A criminal case has been initiated.