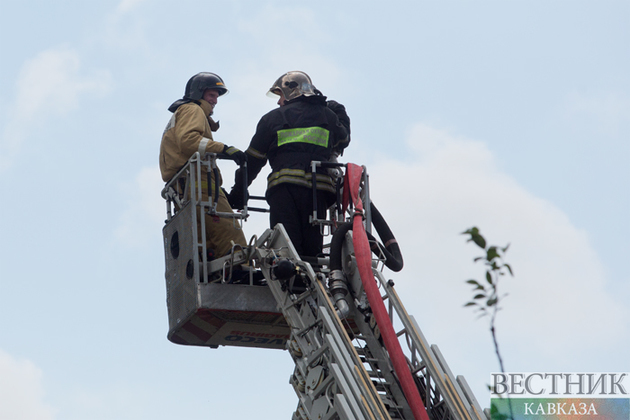 Firefighters have extinguished the fire in the Grand Setun Plaza business center building in the west of Moscow, the Russian Emergencies Ministry's press service said.

"At 12:32 Moscow time - complete elimination of the fire," TASS cited the press service as saying.

Earlier, Moscow Mayor Sergey Sobyanin reported the elimination of the fire on his official Telegram channel.

The message about a fire on Gorbunov Street in the west of Moscow was received at 09:31 Moscow time. It was assigned the highest, fifth, rank of complexity. The area of the fire was more than 1,000 square meters. Emergencies Minister Alexander Kurenkov is on the site of the fire. Traffic on Gorbunov Street is blocked. The cause of the fire was a short circuit due to the improper installation of facade lighting systems, a source in the emergency services told TASS.

According to the Emergency Situations’ press service, two people were wounded as a result of the accident, 120 were evacuated, 11 were rescued with the help of special devices.