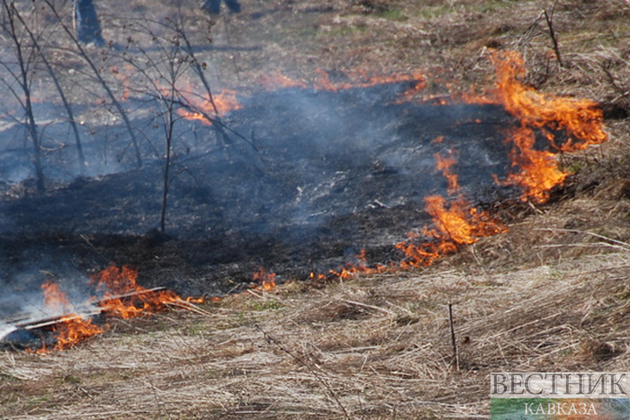 Firefighters and other personnel are intervening by land and air to control a wildfire that broke out overnight in a forest in southern Türkiye, an official said Wednesday.

The cause of the fire in Marmaris district of Mugla province is still unknown. The flames spread in a short time due to winds.

Mugla Governor Orhan Tavli said helicopters affiliated with the Mugla Regional Directorate of Forestry are taking part in the operation along with forest workers, and sprinklers and construction equipment are also being utilized.

Crews are making intensive efforts to control the blaze, which is growing rapidly with the effects of the winds.

The Disaster and Emergency Management Authority (AFAD) said 1,393 personnel, including 592 from the General Directorate of Forestry, as well as 338 vehicles and 35 pieces of construction equipment from various institutions and organizations were assigned to the fire.