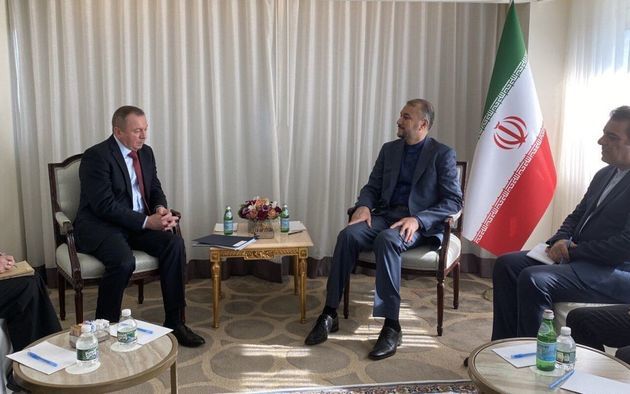 Iranian Foreign Minister Hossein Amir Abdollahian and his Belarusian counterpart Vladimir Makei discussed ways to expand trade and economic relations between the two countries at a meeting in New York.

At the meeting, the ministers discussed issues of bilateral importance, as well as the joint efforts of both countries in international organizations to strengthen peace in the world, the meeting was held on the sidelines of the UN General Assembly meeting, the Iranian news agency IRNA reports.

Let us remind you that Hossein Amir Abdollahian accompanied Iranian President Ebrahim Raisi, who adressed the world leaders at the 77th meeting of the UN General Assembly.