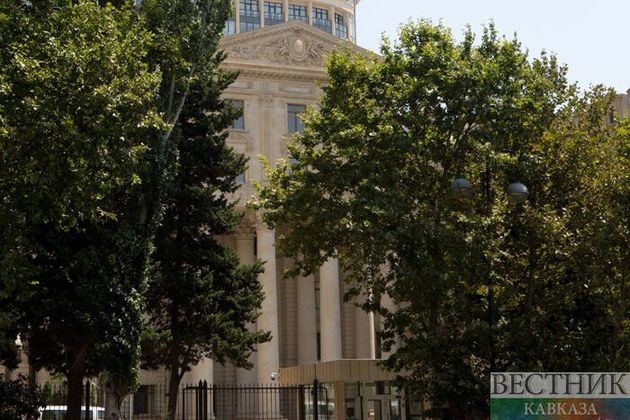 According to the spokesperson, no doubt that these fabrications were not confirmed by facts and presented in the form of interviews with shills were initiated by Armenia.

She said that the main goal of this slanderous campaign is to try to compensate for the negative international opinion caused by the resettlement of representatives of terrorist organizations from the Middle East to the occupied territories of Azerbaijan, which has recently been demonstratively carried out by Armenia and is a gross violation of international humanitarian law.

"Azerbaijan has numerous facts of connection with the use of terrorist groups and mercenaries in hostilities during the occupation of the Nagorno-Karabakh region and the surrounding districts by Armenia. At present, the Armenian leadership, in continuation of this policy, is widely using extremist elements against Azerbaijan within the framework of its new act of aggression. Thus, Armenia's plan to create "volunteer detachments" for their use for military purposes is aimed precisely at using the "services" of terrorists transferred to Armenia from the Middle East for many years," she recalled.

"Unlike Armenia, which has been experiencing a deep demographic crisis for many years and, as a result, is unable to staff its armed forces, Azerbaijan has fully equipped armed forces that are so professional and strong that they don’t need any external forces to achieve their goals, in particular irregular armed groups. These fabricated claims are not only illogical but also unfounded from a military-technical point of view. According to various sources, about several hundred mercenaries were delivered to Azerbaijan. In this case, the question arises - in the context of a possible clash between two regular armies, what changes can a small number of irregular groups cause in the balance of forces? Of course, those who spread disinformation are unable to answer this question," Abdullayeva noted

"We again resolutely reject these vile insinuations against Azerbaijan and emphasize that the Azerbaijani army doesn’t need any external forces to ensure the country's territorial integrity within its internationally recognized borders," Abdullayeva added.