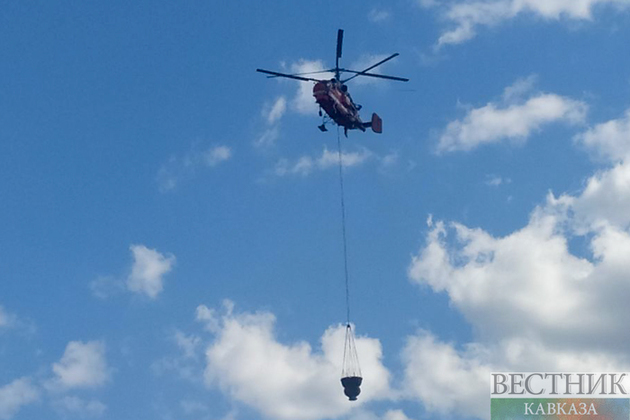 A fire in the Shavnadaba forest near the Georgian capital of Tbilisi has been localised with the help of air assets, including specialised Turkish firefighting aircraft which have been combating Borjomi forest fires in the country’s central-western municipality since last Wednesday, the Georgian Emergency Management Service said on Monday.

Erupting on Sunday, the blaze near Tbilisi has kept firefighting crews combating its spread across grass surfaces and trees in the Shavnabada area round the clock, the agency said, adding the firefighters were currently putting out flames “in several locations” of the locality.

In updates on Borjomi fires, the agency said on Saturday the main sources of fire in the municipality, raging since August 19, had been neutralised with the involvement of more than 1,300 professionals from Georgian state bodies, with the use of seven helicopters - three of them Turkish - and over 120 fire engines.

Issuing a warning about current high temperatures and strong winds, the Emergency Service last week called on the public to “act cautiously” to prevent fires breaking out in the country.

In an attempt to draw the public’s attention to prevention of further fires, the agency called for “high civic responsibility”, urging citizens to refrain from starting fires on agricultural lands, near forests or fields, leaving unattended sources of fire and polluting the environment with flammable household waste.