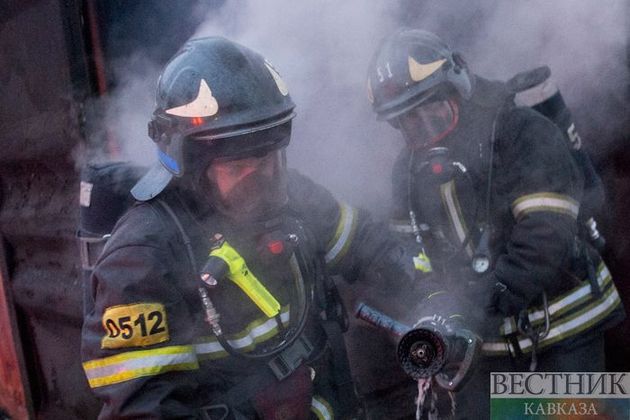 Two fuel reservoirs exploded at a gas refueling station in the outskirts of Moscow, causing a fire on an area of 50 square meters, a source in emergency services said.

"The second fuel reservoir exploded. Debris has reached the road," TASS cited the source as saying.

A trailer caught fire in the settlement of Sosenskoye, with fire quickly spreading to a fuel reservoir at the adjacent gas refueling station. The reservoir exploded and ignited. "A trailer caught fire at 60 Admirala Kornilova Street in the settlement of Sosenskoye; the fire spread to a fuel reservoir, causing an explosion with combustion. The area under flames is 50 square meters," the source said earlier. "We observe a jet fire; there is a threat of its spread to a nearby building. The street is closed for traffic now," the source added.

Previous reports indicated that there were two reservoirs of 500 cubic meters of fuel. The source disclosed that the burning trailer contains an unknown amount of gas tanks. "All people in the 500-meter radius were evacuated," the source said.

Firefighters work at the scene. There have been no reports on the victims.