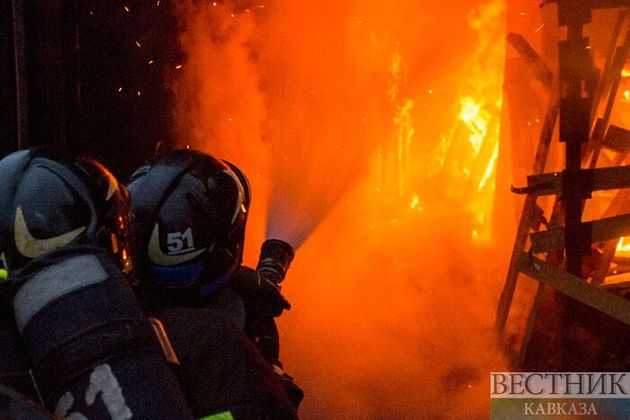 A gas cylinder exploded in an apartment in a residential building in the village of Filinskoye, Nizhny Novgorod Region, the Russian Emergencies Ministry press service said.

"At 23:56 Moscow time, information was received about an air-gas mixture explosion in a residential building with collapse of structures in the Filinskoye village, Nizhny Novgorod Region," the press service said.

The gas cylinder exploded in an apartment on the ground floor of a two-story two entrance brick residential building. Both floors have collapsed above the entrances.

According to the Emergencies Ministry a total of 12 people lived in the house. Currently, as the press service of the Russian Emergencies Ministry reported, a temporary accommodation center for 50 people has been set up for residents of the house at the local hospital. Hot meals have also been made available.