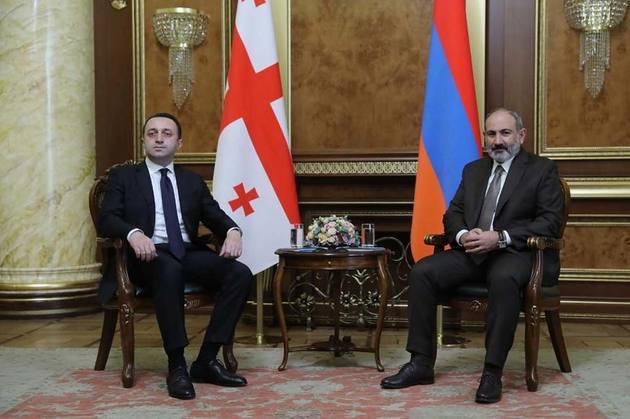 Armenian Prime Minister Nikol Pashinyan took part in the eleventh sitting of the Intergovernmental Commission on Economic Cooperation between Armenia and Georgia yesterday in Tbilisi.

Pashinyan noted that Georgia and Armenia set an ambitious goal in 2019 of increasing the volume of bilateral trade turnover to $1 billion. He said ‘now that everyone is learning to live in pandemic conditions, it is time to achieve the goal’.

"Our [Georgia, Armenia] trade amount for the first 10 months of this year has already exceeded the previous three years, but we are still far from reaching $1 billion… Today our bilateral agenda covers many areas, and friendly relations between the two countries contribute to maintaining security and stability in our region," Pashinyan said.

Pashinyan also noted that the precondition for economic development between Georgia and Armenia is mutual trust, which is based on the historical friendship of the Armenian and Georgian people.

"I was happy to see my counterpart and friend, the Prime Minister of Georgia Garibashvili in Tbilisi. We agreed to direct joint efforts to enhancing better and efficient economic cooperation between Armenia and Georgia," Pashinyan wrote on Twitter.