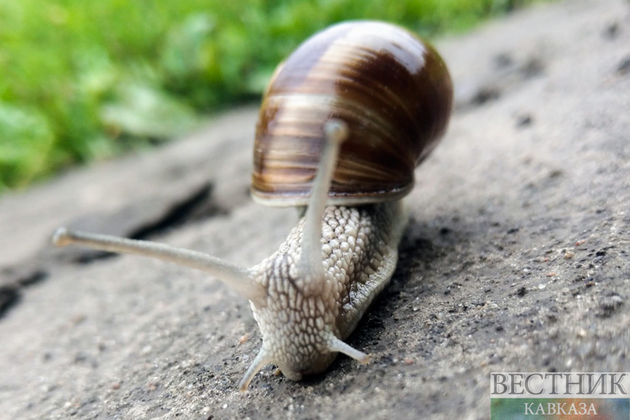 A new Georgian processing plant will produce 1,000 tonnes of snails annually for export to France, the Ministry of Economy announced on Wednesday.

Launched in the central-eastern Georgia’s village of Tsilkani, the plant is a result of a ₾7 million (about $2.38mln/€2.27mln) investment by Georgian company Timeo.

The Ministry said the company had signed a deal with French partners Escal, with the latter intending to "fully purchase” its products.

The Tsilkani plant employs 100 people, including locals, and has been launched with the support of Enterprise Georgia.

The state programme is financing 65 projects worth ₾200 million (about $68.03mln/€64.89mln) in the central-eastern Mtskheta-Mtianeti region.