Golden Bear goes to Iranian film 'There Is No Evil' 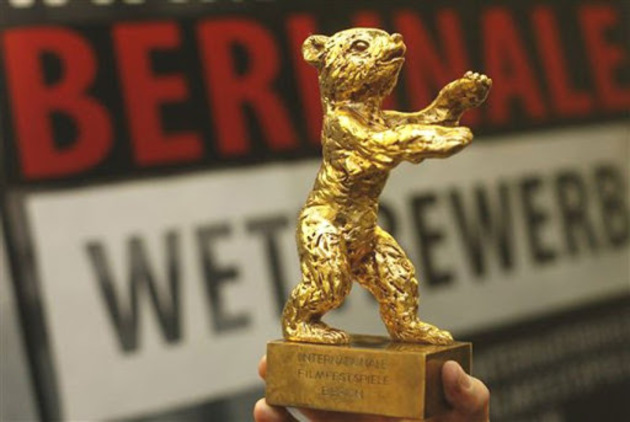 The Golden Bear, the top prize of the Berlin International Film Festival, went to dissident Iranian filmmaker Mohammad Rasoulof, who is persecuted in his home country.

"This is for a filmmaker who couldn't be here tonight," said actress Salar Khamseh as she held the Golden Bear that went to There Is No Evil.

The winner of the Golden Bear wasn't at the ceremony to pick up the award himself, as Iranian authorities banned dissident filmmaker Mohammad Rasoulof from traveling abroad, as well as from making films, in reaction to his 2017 film,  A Man of Integrity, which won a major award at the Cannes film festival.

Two years later, the director was also sentenced to one year in prison, although it is not yet clear when he will actually be imprisoned.

Eliza Hittman won the Silver Bear Grand Jury Prize, the festival's second most important award, for her teen abortion drama, Never Rarely Sometimes Always. The work, which had premiered at Sundance in January, was at the top of many critics' list. Ahead of the festival, president of the jury Jeremy Irons was criticized for past comments on abortion, and he had to distance himself once again from his own statements at the beginning of the Berlinale.

A German critics' favorite, Berlin Alexanderplatz by Burhan Qubani, didn't pick up any of the coveted Bears. Similarly, Kelly Reichardt's First Cow was often named among the top candidates for a Berlinale top award, but left empty-handed.