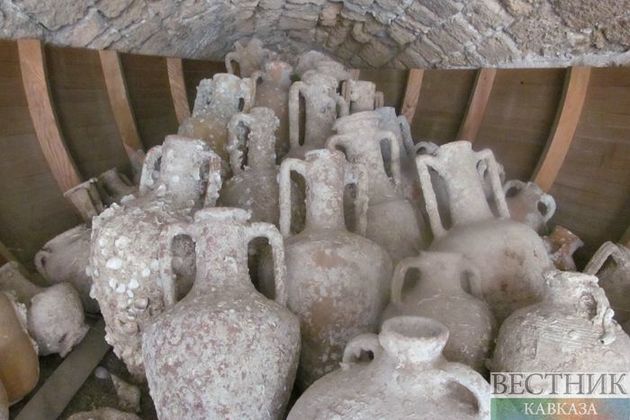 At the bottom of a creek bed in the ancient city of Aizanoi, Turkey, archaeologists turned heads with the discovery of two ancient deities.

The statuary heads of both Aphrodite, the goddess of love, and Dionysus, the god of wine, were found at the site, which dates back 5,000 years, excavation coordinator Gokhan Coskun told Anadolu Agency.

"These are important findings for us, as they show that the polytheistic culture of ancient Greece existed for a long time without losing its importance in the Roman era," Coskun said.

The statues’ bodies were found in a previous dig but it remains unclear how the heads were separated from them.

"The findings suggest that there may have been a sculpture workshop in the region," Coskun said.