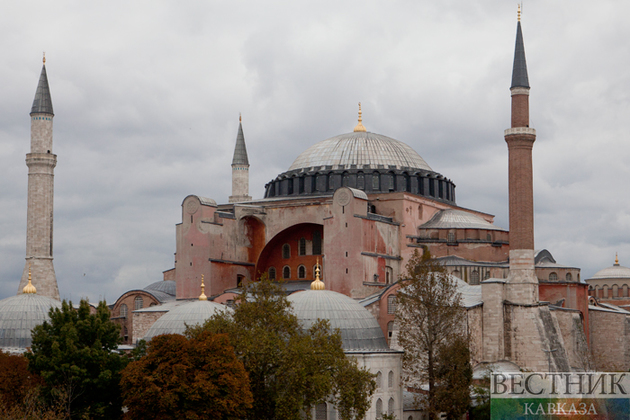 Turkish President Recep Tayyip Erdogan has ordered some 500 law enforcement officers to constantly guard the Hagia Sophia building, which is currently undergoing reconstruction following its conversion to a mosque.

"As we earlier announced, Hagia Sophia will remain open 24 hours a day. Now it will also be constantly guarded by the 500 law enforcement officers thanks to our interior minister [Süleyman Soylu]", Sputnik cited Erdogan as saying.

The decision comes after the Turkish Council of State's decision to convert the museum back to a mosque was met with criticism from Christian communities and protest taking place outside of the religious site. The council's ruling reversed a 1934 decision made by the first Turkish president, Mustafa Kemal Atatürk, to turn the mosque and former major Christian church into a museum. The iconic structure was later chosen to be a World Heritage Site by UNESCO.

Ankara: Hagia Sophia to be open to visitors of all religions