How could anti-Russia sanctions affect Azerbaijan? 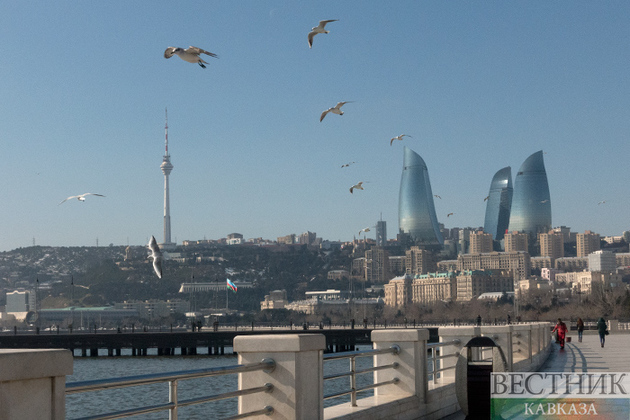 The new Western sanctions imposed on Russia for launching a military special operation in Donbass have already affected the Russian economy, but their impact will inevitably spread to neighboring countries as well. Candidate of Economic Sciences, Associate Professor at the UNEC Department of International Economics Emin Garibli and economist Rovshan Ibragimov told Vestnik Kavkaza about how anti-Russian sanctions may affect Azerbaijan.

In the first place, Emin Garibli pointed out the challenges linked due to the depreciation of the ruble rate against the dollar. "Russia is Azerbaijan's main trading partner. Russia has been Azerbaijan's top export market for many years, and as far as imports are concerned, Azerbaijan, as a strategic ally of the Russian Federation, will have no problems. However, there can be difficulties in terms of exports to Russia: as a result of devaluation of the ruble, our exporters (we supply primarily agricultural products to Russia) will either have to increase prices in rubles, losing competitiveness, or maintain prices in rubles, losing profitability. In this situation, our companies will diversify markets," he noted .

Another challenge is the decline in remittances. "We know that more than a million people of Azerbaijani and Russian citizens living in Russia transfer money to Azerbaijan. The social level of the population will decline, as a result, these people will transfer less money to the republic. It should be noted that the share of transfers from Russia to Azerbaijan is now much lower than in the 90s, so there will not be a big impact on the local economy," Emin Garibli assured.

The economist stressed that new restrictions create new opportunities. "These problems create conditions for regional countries to improve bilateral and multilateral relations, introduce preferences and increase cooperation. I believe that the need to create value chains in our region has been on the agenda for quite a long time, that is, sanctions will in fact push the development of regional cooperation, including Russian-Azerbaijani cooperation," he said.

Allied relations will allow Azerbaijan to promptly resolve issues with Russian imports. "State structures will conduct monitoring to ensure that our food security is not threatened. If we cooperate more actively with Russia, this will lead to an influx of investments in our region," Emin Garibli concluded.

Rovshan Ibragimov named another challenge related to the work of Azerbaijani citizens in Russia. "Officially, 650,000 Azerbaijani citizens work in different Russian cities. Many of them may lose their jobs. Not to mention the fact that money transfers from Russia to Azerbaijan will decrease. People will be forced to return to the republic, since they will no longer be able to earn money in Russia," he said.

At the same time, even taking into account the decline of the ruble against the dollar, exports of goods from Azerbaijan to Russia may increase. "Russia's imports are now sharply limited, so it can start buying more products in Azerbaijan. Azerbaijan is one of the states that has not joined the anti-Russian sanctions. Therefore, sanctions may also have the opposite effect for Russian partners and allies. This also applies to Azerbaijan and other countries of the former Soviet Union, which maintain the previous level of cooperation," Rovshan Ibragimov noted.

It will also be possible to compensate for possible economic losses by increasing profits from oil and gas exports. "Due to this additional income, Azerbaijan will be able to provide unemployment benefits to citizens who lost their jobs in Russia and returned home. The Azerbaijani budget is based on the oil price of $50 per barrel, the price of a barrel of Azeri Light crude oil exceeds $130. So the extra money could be spend on social security and benefits," the economist concluded.