Ilham Aliyev: Azerbaijan has been confidently walking the path of independence for 30 years 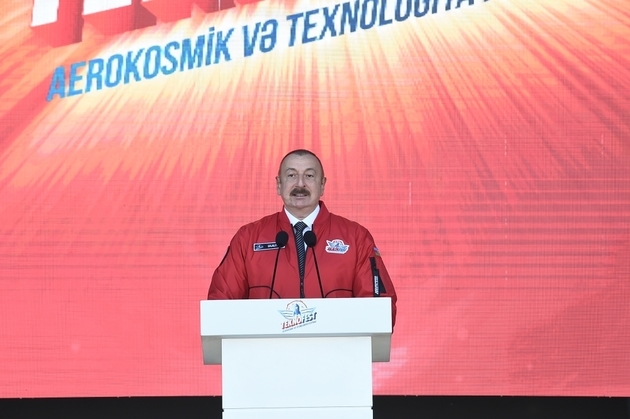 President Ilham Aliyev, speaking at the TEKNOFEST festival in Baku, stated that Azerbaijan has been confidently walking along the path of independence for 30 years.

Further, Ilham Aliyev drew attention to the fact that Independence Day, which is being celebrated in the republic today, "is our dearest holiday", which has become "double festive thanks to the fact that my dear brother Recep Tayyip Erdoğan is with us".

"During these 30 years, we have constantly felt the support of our Turkish brothers. We feel it today", he said, addressing the Turkish state head.

The heads of Turkey and Azerbaijan are currently participating in the TEKNOFEST Aerospace and Technology Festival, which is being held in Baku for the first time.

"The TEKNOFEST festival is another manifestation of the unity of Turkey and Azerbaijan", Ilham Aliyev emphasized.