Ilham Aliyev: October 25 is significant day in history of Gubadli 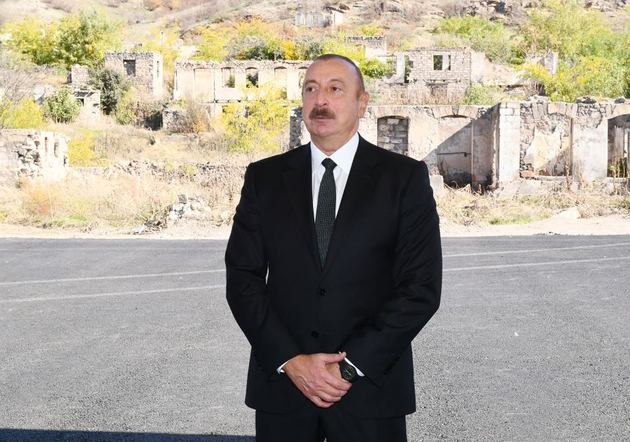 It is a significant and historic day in the history of Gubadli district. Exactly one year ago, the victorious Azerbaijani Army liberated Gubadli from Armenian occupation, President of Azerbaijan Ilham Aliyev said at a meeting with representatives of the Gubadli district public.

Congratulating all the people of Gubadli and the rest Azerbaijan on this occasion, the head of state spoke about the importance of Gubadli's liberation for the sunsequent course of the war.

"After many years, we all experienced the joy of this victory," the Azerbaijani president said, adding that no-one could say at the time how long the war would last, because our plans were to liberate all the occupied territories.

"After the liberation of Gubadli, our road in the direction of Lachin was clear, and a few days later we liberated the villages in the southern part of Lachin. Thus, we took control of the Lachin corridor and the outcome of the war was already decided. The whole world and the enemy could already see that there was no force capable of standing in our way," he added

"After Gubadli, we continued our victory march and victory mission with dignity and raised the state flag in Shusha on 8 November," the head of state noted.