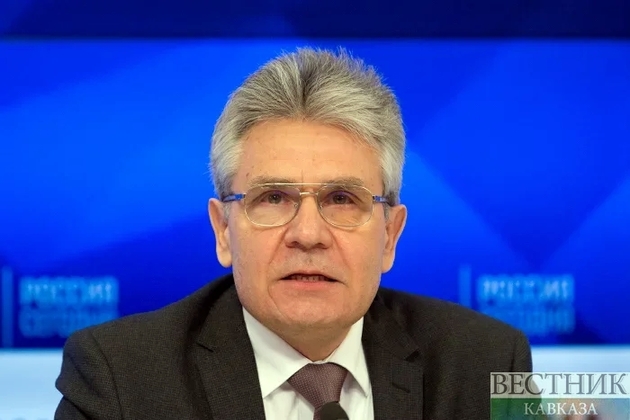 On Thursday, November 25, President of Azerbaijan Ilham Aliyev received a delegation headed by President of the Russian Academy of Sciences (RAS) Alexander Sergeev.

The parties noted the successful development of bilateral relations between Azerbaijan and Russia, highly appreciated the role in the development of ties in such areas of cooperation as humanitarian and scientific.

The meeting highlighted the rich history of cooperation between the two countries in the scientific field. The parties agreed on the importance of its further strengthening at the present stage. It was also noted that the visit of the President of the Russian Academy of Sciences to Baku will contribute to the further enhanced scientific cooperation between Azerbaijan and Russia.

Sergeev presented Ilham Aliyev with a commemorative medal of the Russian Academy of Sciences.