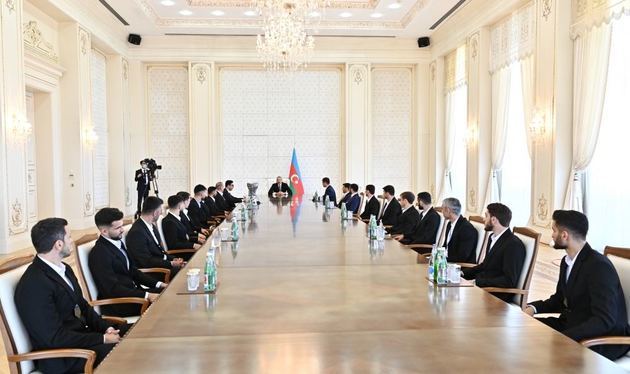 President of the Republic of Azerbaijan Ilham Aliyev has received members of the Azerbaijan national minifootball team who won the European Championship in Slovakia.